Student loan debt for those getting a four year degree has been going up significantly for the past 10 years. What is interesting though is that the amount of education-related debt a student holds when they graduate varies by a lot depending on where they live. 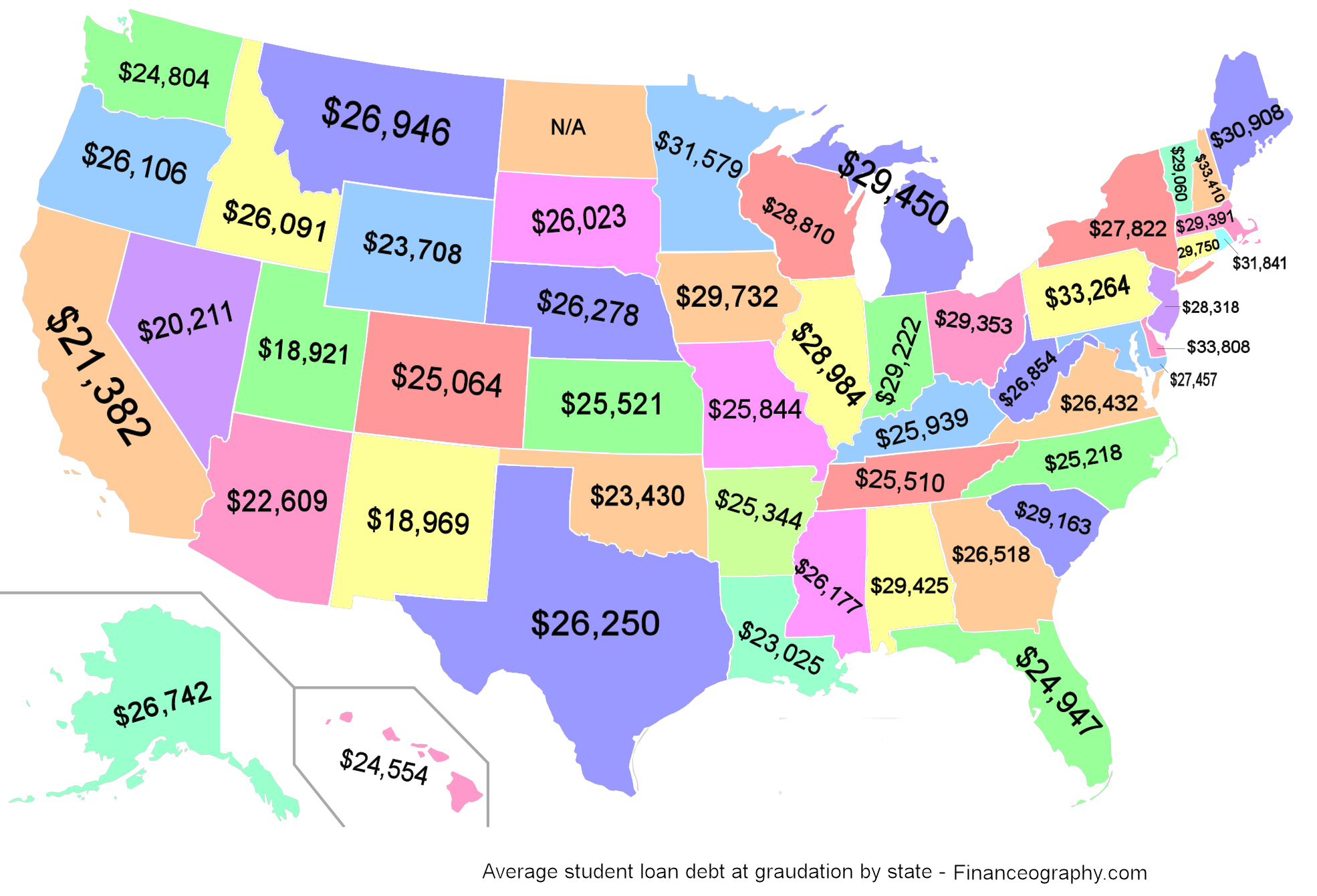 Ranging from a low of $18,921 in Utah to $33,808 in Delaware, residents of certain states have a marked advantage when it comes to graduating with as little student loan debt as possible.

Reasons vary for the variation in average debt. Some states, such as Nevada and New Mexico, have higher proportions of lower-income families and Native Americans. Students from either group would be eligible for more aid which is not in the form of loans.

You’ll find many of the higher average totals in the New England area, mainly due to a higher cost of living and the fact that there are greater numbers of prestigious schools in the area.

For young adults getting out into the real world once they graduate, this massive amount of student loan debt is presenting real problems. Even though the debt is structured in such a way that repayment should only take 10 years, many holders of student loan debt are taking far longer to pay off their loans. Millennials are being prevented from buying homes, starting businesses or even achieving a decent credit score because of their student loans (Only 2% of Millennials have excellent credit).

Tuition costs have been rising far faster than the rate of inflation over the past few years, which could help alleviate some of the student loan pressure if it were reigned in a bit. A bigger concern is the fact that some students choose to go several tens of thousands of dollars into debt for degrees not tailored to a realistic career opportunity.