US Consumers On Track to Top $1 Trillion in Total Credit Card Debt in December. 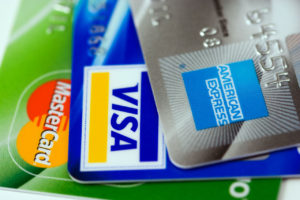 Credit card debt is on the rise and has been for the last five years. For only the second time since tracking of consumer debt began, the nation’s total balance seems poised to jump past the $1 trillion mark just in time to ring in the new year.

The last time consumers held more than $1 trillion on their credit cards was December 2007 through January 2009, reaching a high of $1.022 trillion in April 2008. This came just before the 2008 recession, which caused balances to drop to as low as $832 billion in April 2011, with much of the decrease being attributed to write-offs.

Newly released revolving consumer debt data from June shows that Americans charged an extra $9.1 billion to their credit cards and are currently carrying a $966 billion balance. Assuming a more modest increase in the next couple of months followed by a flurry of activity starting in October, peaking in December, the country will be back above the $1 trillion mark by Dec. 31st.

Sometime in mid-2017, U.S. credit card balances should hit their all time high, eclipsing the April 2008 mark. Last time it reached that high, a recession gripped the nation, bringing the stock market and many commodities down to lows that hadn’t been seen in years.